The 131st Meeting of the Tennessee Academy of Science

The 2021 TAS meeting will be held in person! It will be held on Saturday, November 6 at Tennessee Tech University.

Professor Adam Holley from the Department of Physics at Tennessee Technological University. Dr. Holley received his Ph.D. in experimental nuclear physics from North Carolina State University and studies very low energy “ultracold” neutrons and their potential for helping explain what we observe about the universe. His talk is titled “The Tortoise and the Hare: A Race for Answers to Big Questions About the Universe.” You can find links to his abstract and biosketch on the General Information page!

The Tennessee Academy of Science

The Tennessee Academy of Science seeks to promote scientific research and the diffusion of knowledge concerning science; to secure communication between persons engaged in scientific work, especially in Tennessee; to assist by investigation and discussion in developing and making known the material, educational, and other resource and riches of the state; to arrange and prepare for publication such reports of investigations and discussions as they further the aims and objectives of the Academy.

The Tennessee Academy of Science, as an affiliate of the American Association for the Advancement of Science, endorse the position statement of the AAAS concerning research and teaching of the scientific theory of evolution.

Here is a group photograph taken by Andrea Hallgren at the Centennial Meeting in 2012. 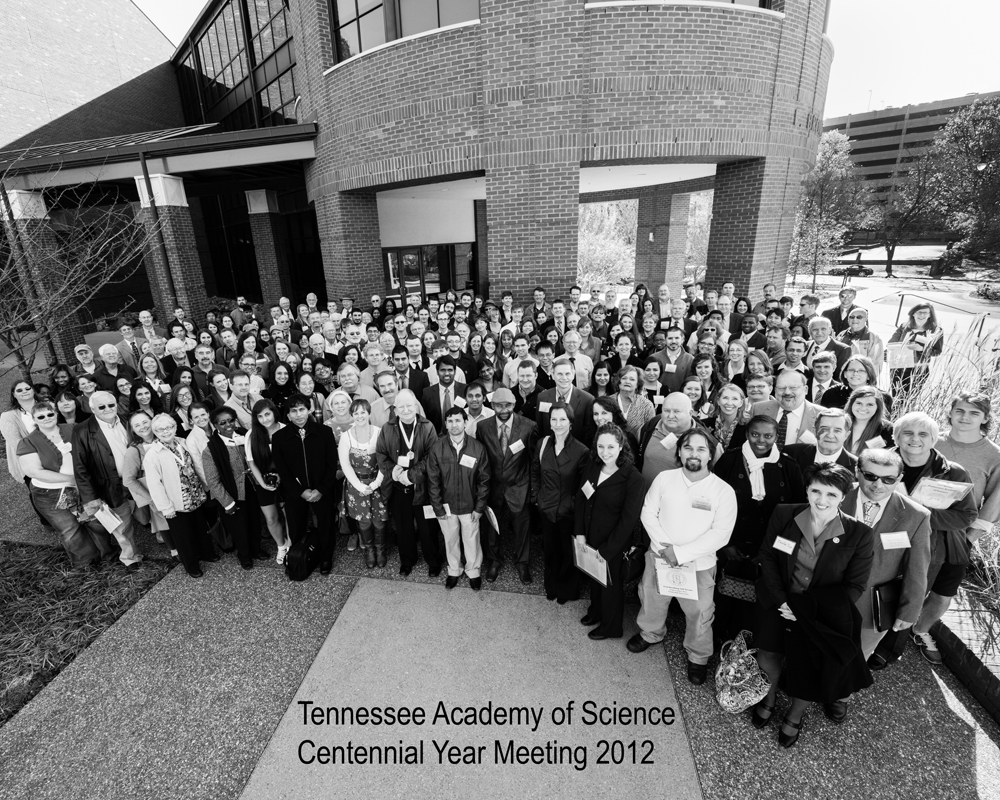 This is a photograph that Andrea Hallgren took of the past and present TAS Presidents that attended the Centennial meeting. 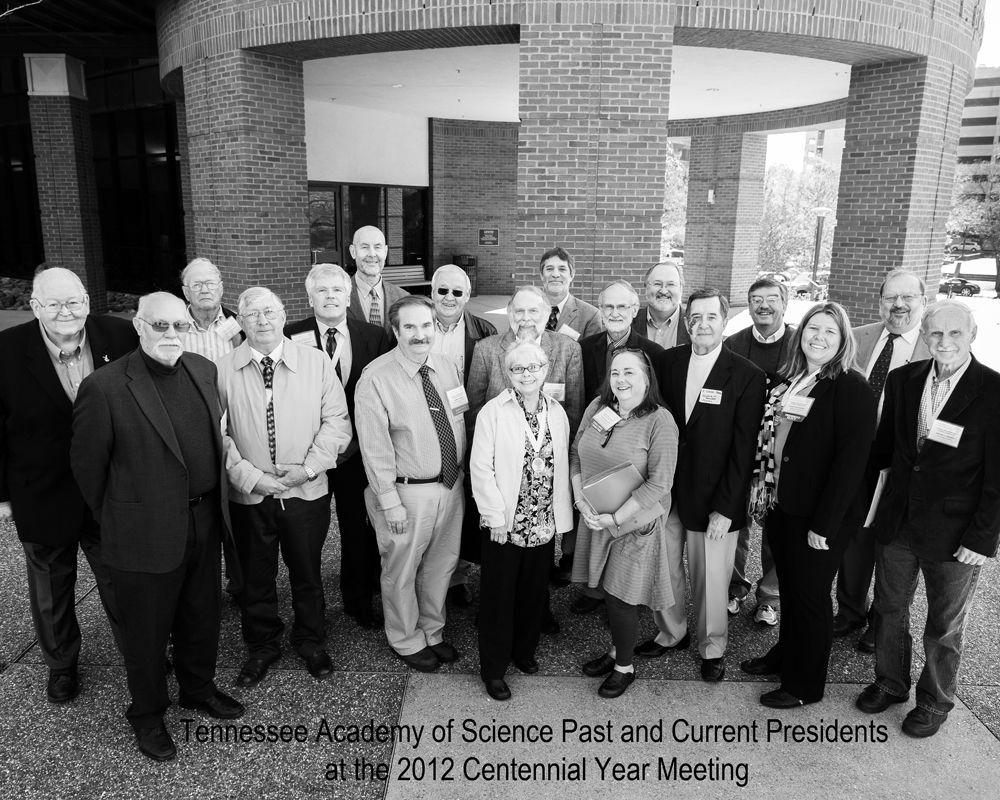 Tennessee Academy of Science Statement on The Teaching of Evolution

The Tennessee Academy of Science, as an affiliate of the American Association for the Advancement of Science, endorses the position statement of the AAAS concerning research and teaching of the scientific theory of evolution. Furthermore, TAS emphasizes that the theory of evolution is a fundamental concept of science, and thus must also be a cornerstone of science education. Evolution in the broadest sense refers to any change over time. The study of Earth's evolution provides society with the necessary perspective to understand Earth's physical and biological development. Evolutionary studies also provide insight concerning the natural processes active on Earth and help to shape our view of Earth's future.

Evolutionary studies and evolutionary education apply to all branches of science, including organic evolution, cosmic evolution, geologic evolution, planetary evolution, cultural evolution, and others. The scientific evidence for evolution is pervasive. Geologic studies show Earth has changed dramatically over time, with continents assuming new positions and geographies. Paleontological studies document that life forms on Earth have changed, with new species arising and others becoming extinct. Astronomers have documented that galaxies, stars and planets have changed over time. Biologists and anthropologists have documented that human biology and culture have changed. The ubiquity of such explanations indicates that evolution has become a vital component of modern science. The National Science Education Standards, Benchmarks for Science Literacy from AAAS's Project 2061, numerous national education policy documents, and Tennessee's published science education framework all recognize evolution's role as a unifying concept for science disciplines that provides students, including future scientists, with the foundation to help them understand the natural world. For these reasons, TAS endorses the teaching of the scientific theory of evolution. TAS also stresses that teachers should be free from the distraction of non-scientific or anti-scientific influence. TAS thus concludes that non-naturalistic or supernatural explanations, often guised as "creation science," "scientific creationism," or "intelligent design theory," are not scientific in nature, do not conform to the scientific usage of "theory," and should not be included in Tennessee's science curricula.

Several people from the Department of Computer Science and Information Technology at Austin Peay State University have provided technical support in developing and trouble-shooting these web pages. The Tennessee Academy of Science wishes to thank these individuals: